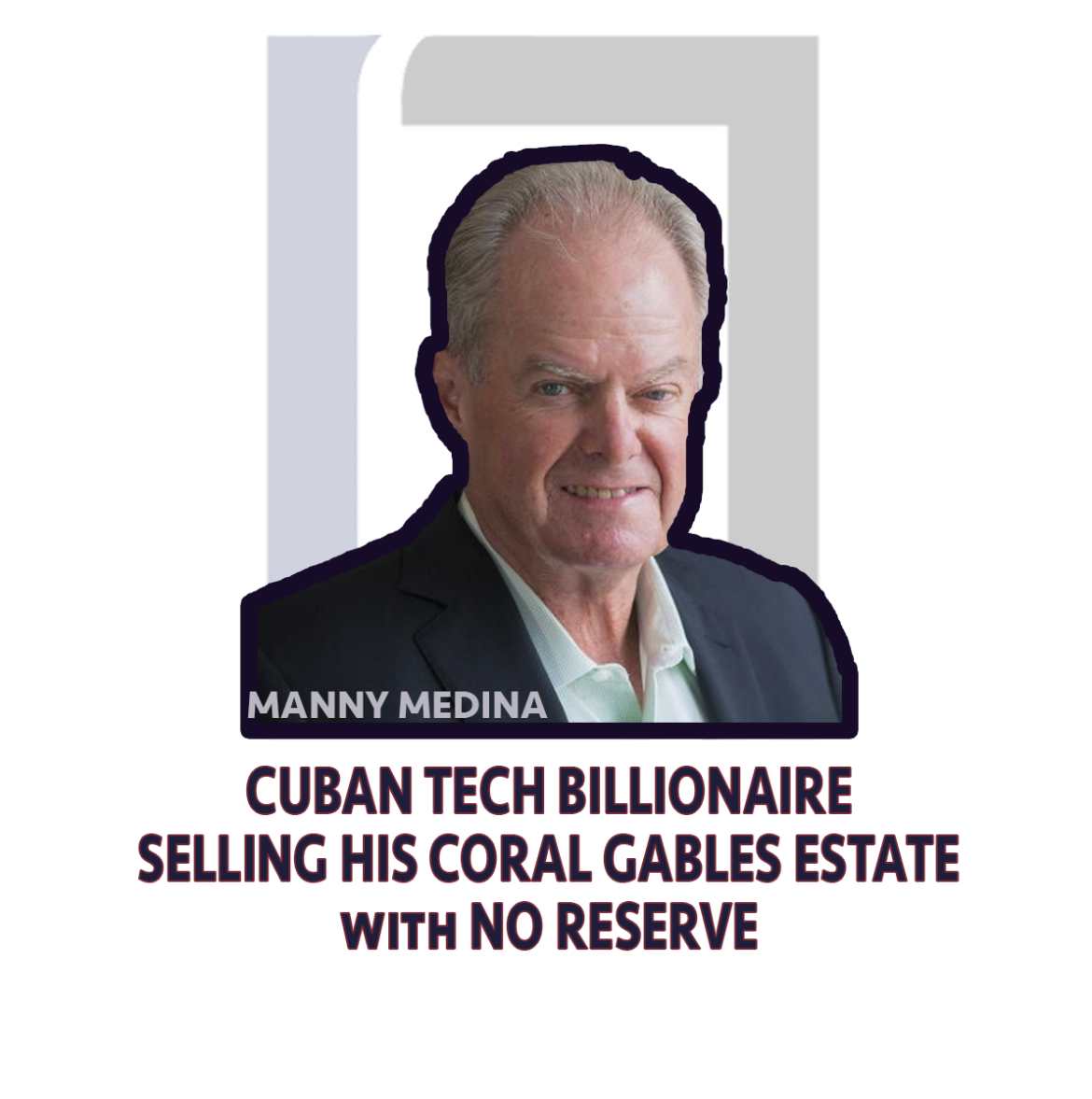 Manny Medina is not stranger to goodbyes.  He made multi millions by starting and selling several tech companies.

Medina will auction his 15,000-square-foot mansion in mid-February without reserve through Platinum Luxury Auctions, according to the downtown Miami auction house. The five-bedroom, six-bathroom house facing a canal at 555 Arvida Parkway was previously listed for $17.9 million. A no-reserve auction means the home will be sold regardless of price.

Medina made his first fortune after selling the real-estate-turned-data center Terremark to Verizon for $1.4 billion in 2012. He then invested his time in a data security company, Cyxtera tech group, which is expected to be worth $52 billion this year.