Monday, December 18, London Foster, A technology-based Real Estate Office in South Florida announced that the company is now accepting Bitcoin (cryptocurrency) for Real Estate transactions.
“Bitcoin is a new currency that has much potential,” Andrew Schnieder, founder of Family Office Networks Association says.  “It is not just a craze, but an innovation and advancement in society.”  Family Office Association also has set its focus on investing opportunities in the famous cryptocurrency as well as others hitting the market, known as an ICO, Initial Coin Offering.  London Foster Realty which is also a  100% Commission based real estate office contributes the integration of Bitcoin to their continued effort to keep the company at the forefront of technology and ahead of the competition.
“Because Bitcoin is peer to peer And uses blockchain technology it’s most likely here to stay,” says Vasile Turcan, one of the partners of London Foster and heads the technology division.  Bitcoin has caused not only a buzz but also a disruption in the “currency market” because Bitcoin is a Worldwide payment System that is also the first decentralized digital currency that works without a central bank.  Another reason is the extreme volatility.  Even though the returns have been amazing, to say the least Bitcoin yes had its share of controversy.  With a hack that made international news to the tune of $80million in the cryptocurrency being stolen.  Though some people are skeptical, most are enjoying the returns and like the option of a non-regulated currency.
London Foster already has some successfully closed transactions using Bitcoin as the currency of choice.  According to them and many other experts, it seems like Bitcoin will continue to grow not only in value but also in demand.  If you would like to use Bitcoin to rent even short-term rental or to purchase, feel free to contact London Foster at www.londonfoster.com or 305-514-0100 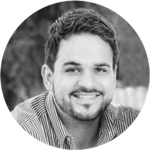